Our annual WestJet ‘Gift of Flight Voucher’ raffle made it’s return again this fall thanks to the generous donation from the WestJet Cares for Kids program.

We were able to raise almost $2,900! A big thanks to members of the Battlefords AAA Stars who came out and helped us sell almost $800 worth of tickets during a recent North Stars game!! 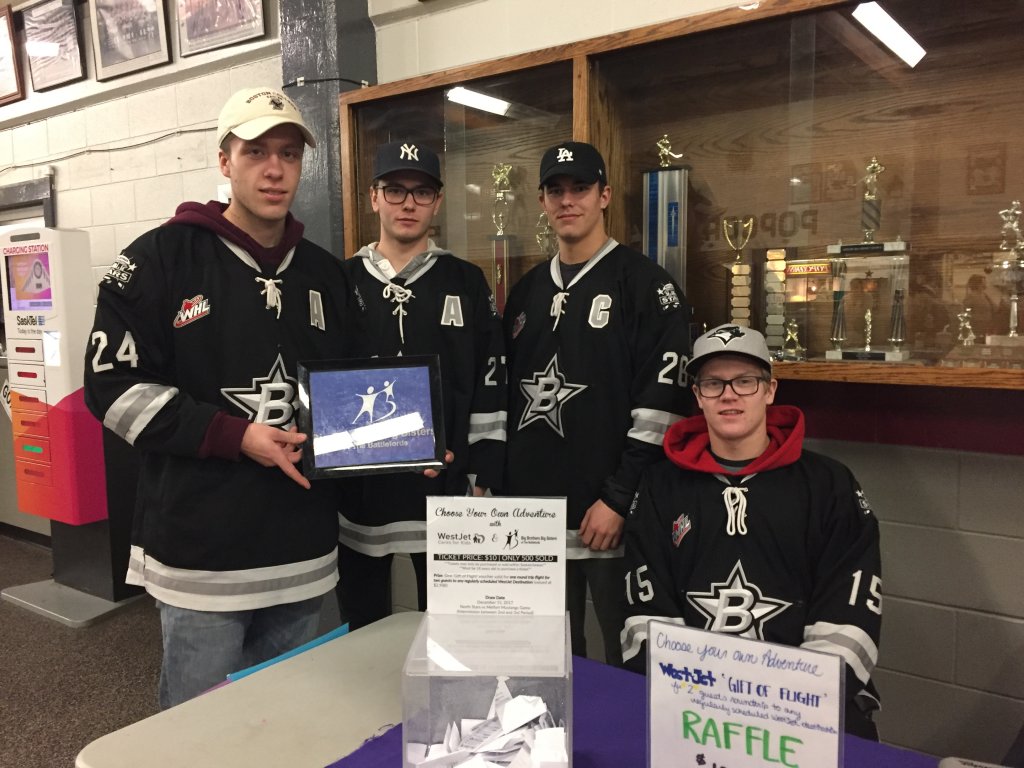 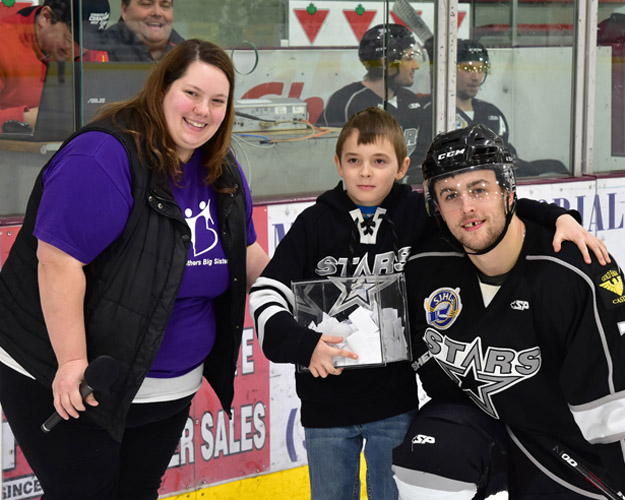 Program Coordinator Renee Sperling joins Waiting Little Brother Nevon and Conor Jensen for the draw of the winning ticket on the ice! (Photo courtesy of the North Stars)

Check out the video of the draw, which was taken live at the game below!

‘Choose Your Own Adventure’ is BACK!!

BBBS of the Battlefords selected as CIF Recipient in 2017/2018

Over 4,000 kids on Big Brothers Big Sisters waitlist in Canada